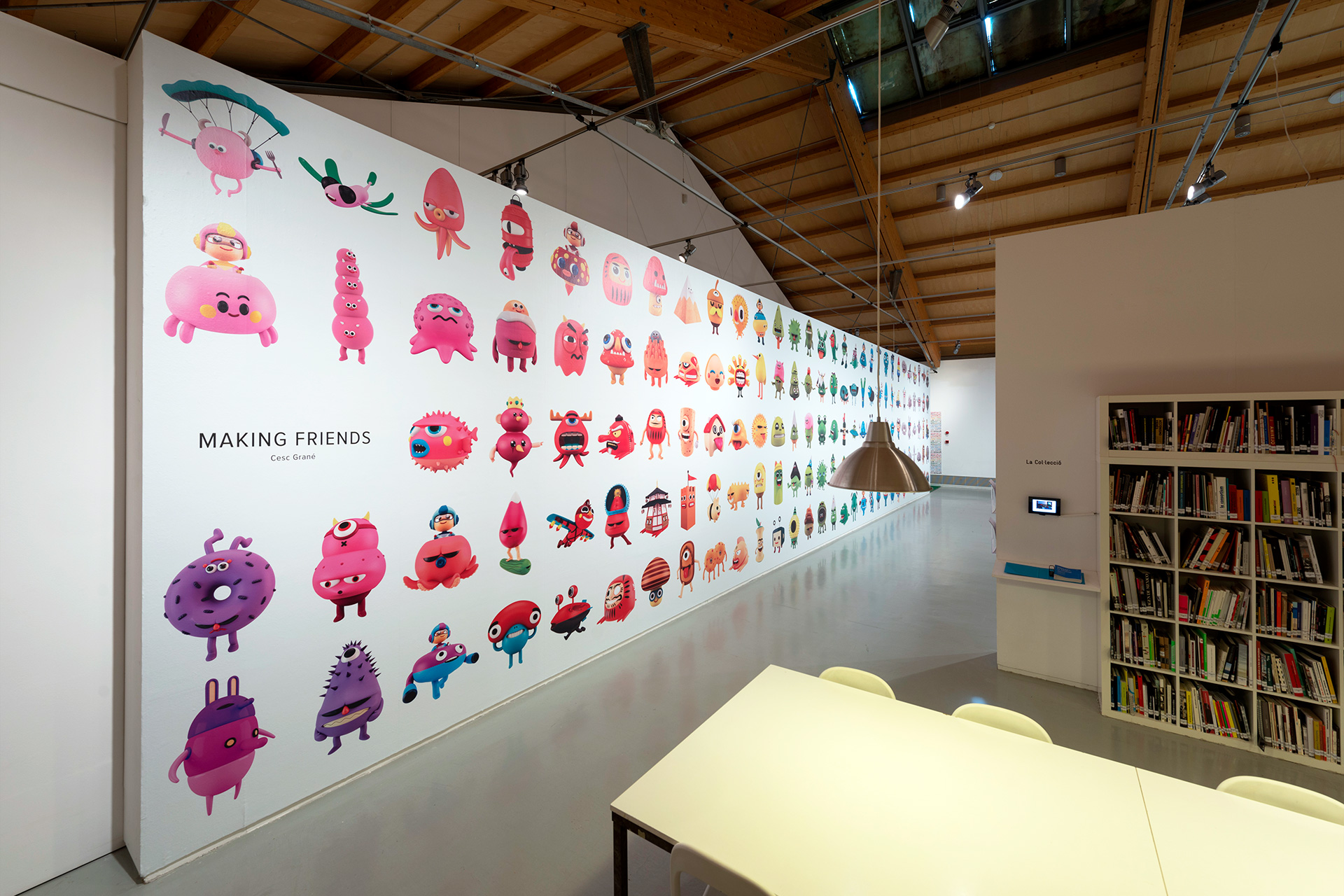 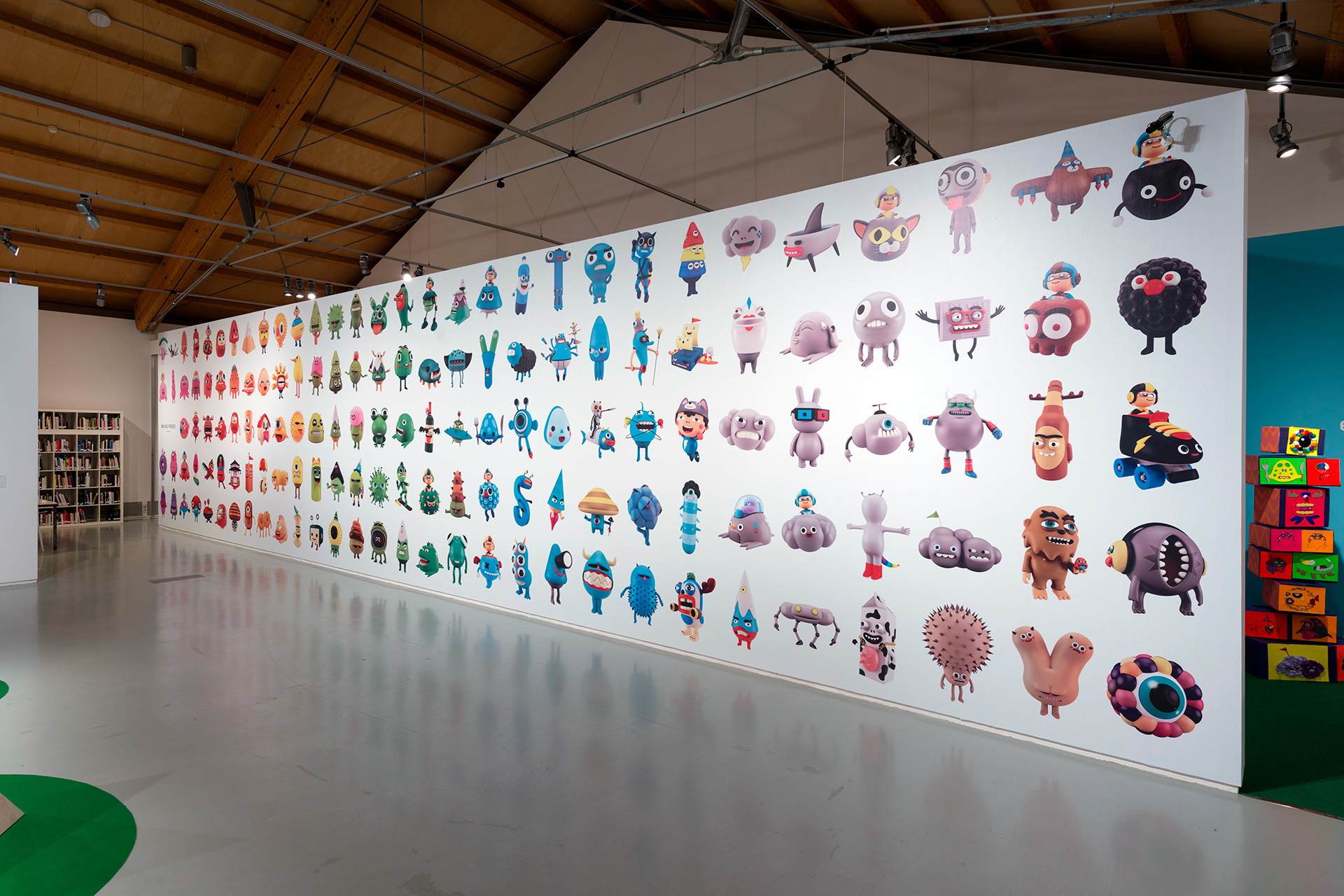 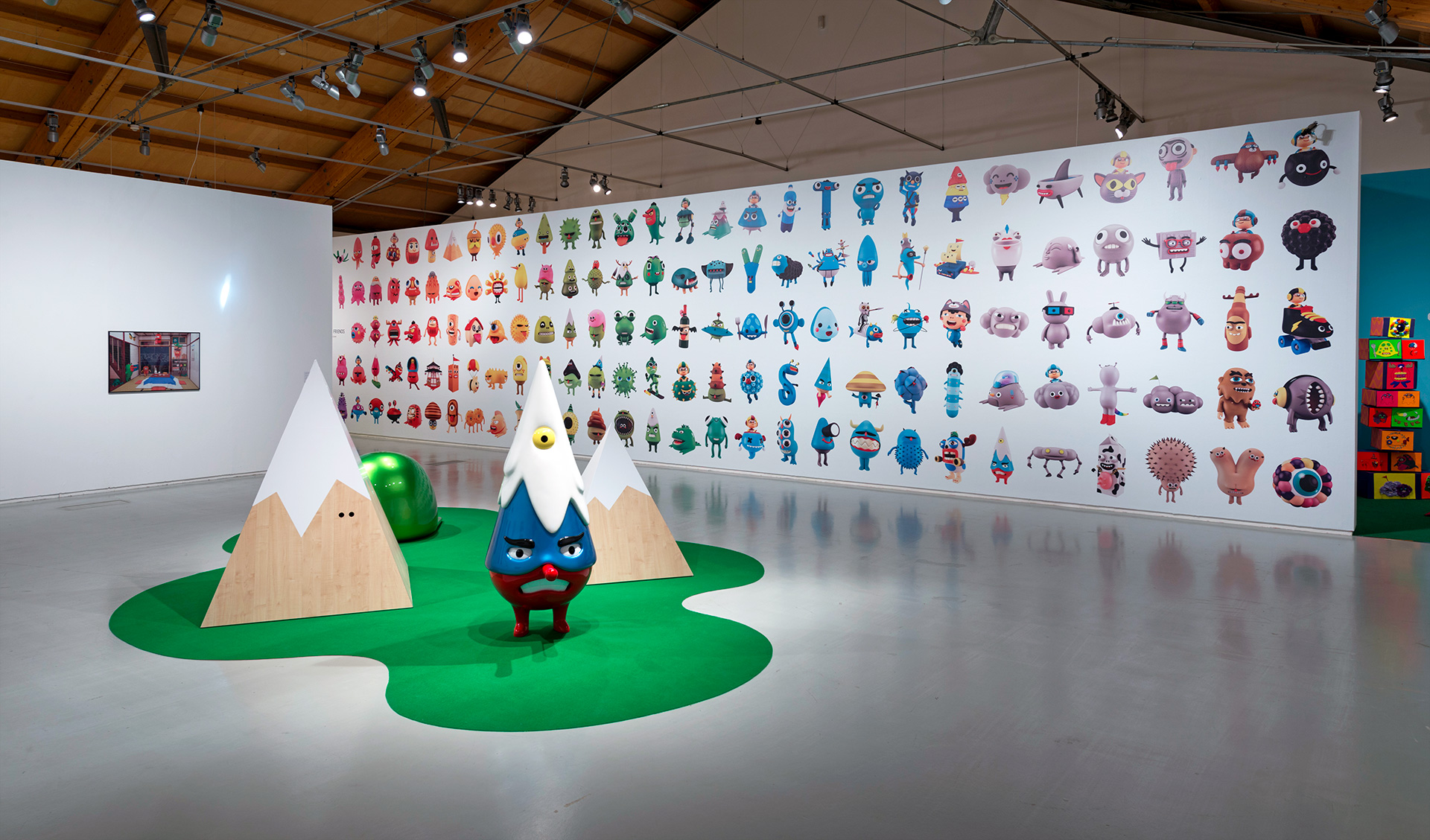 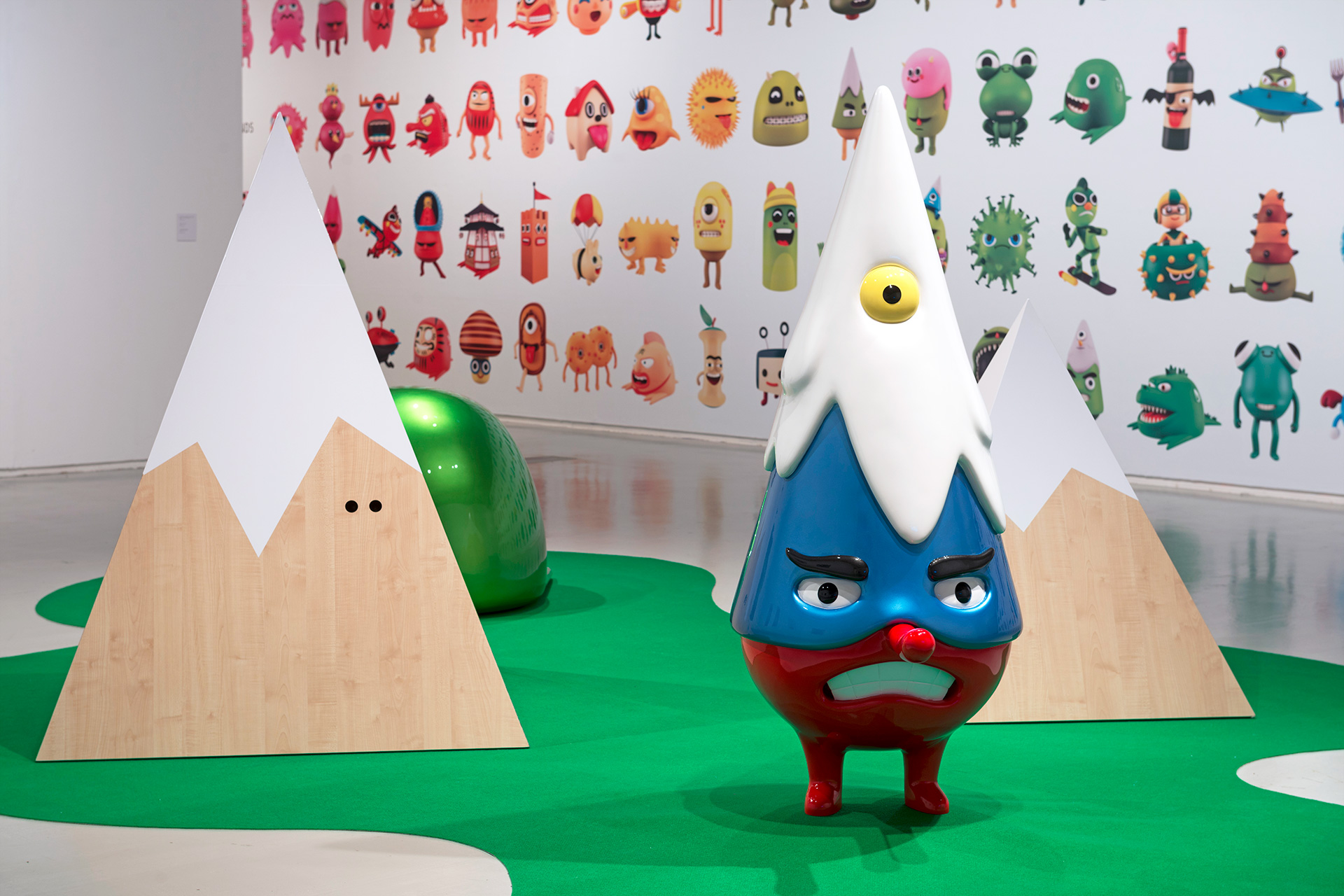 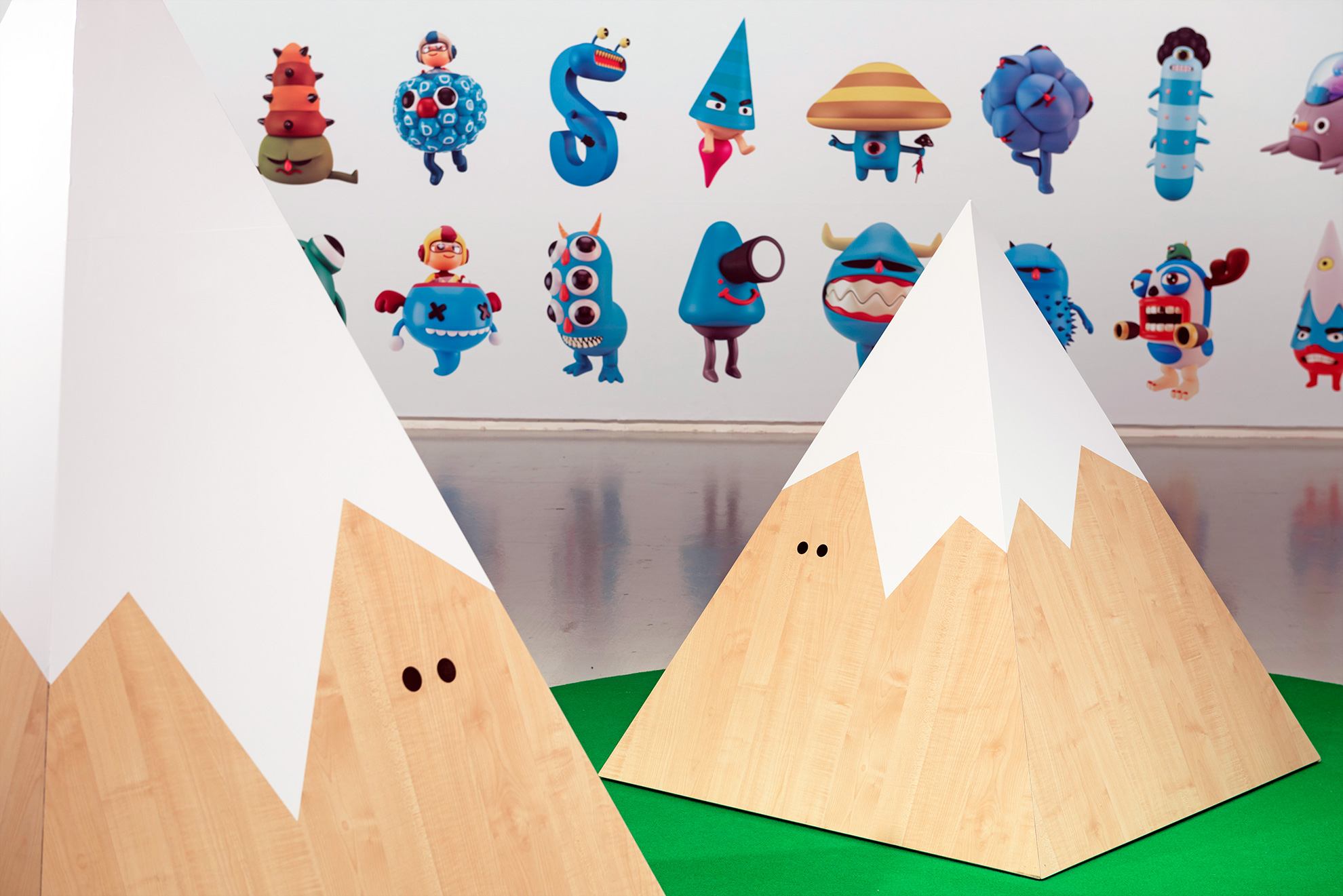 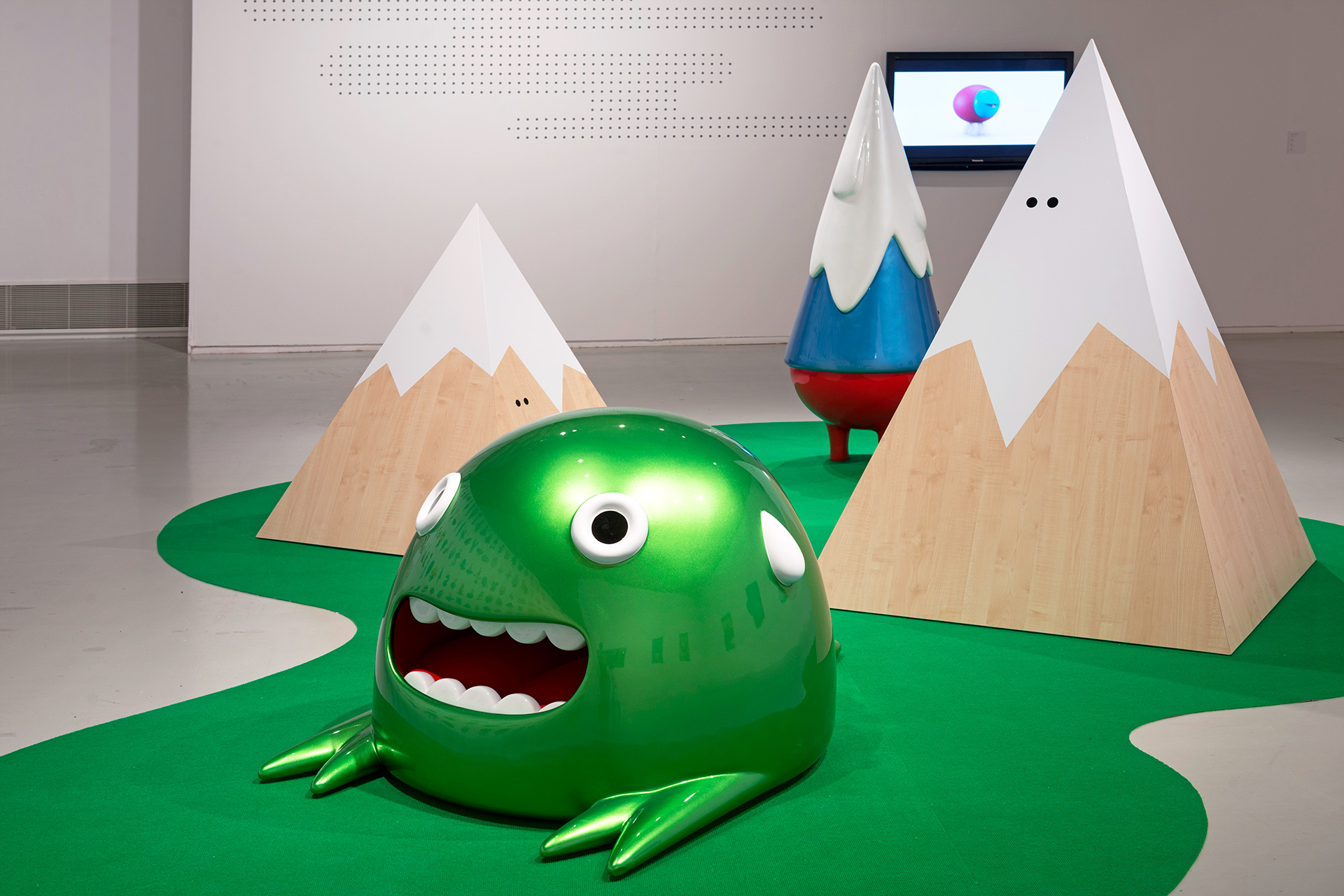 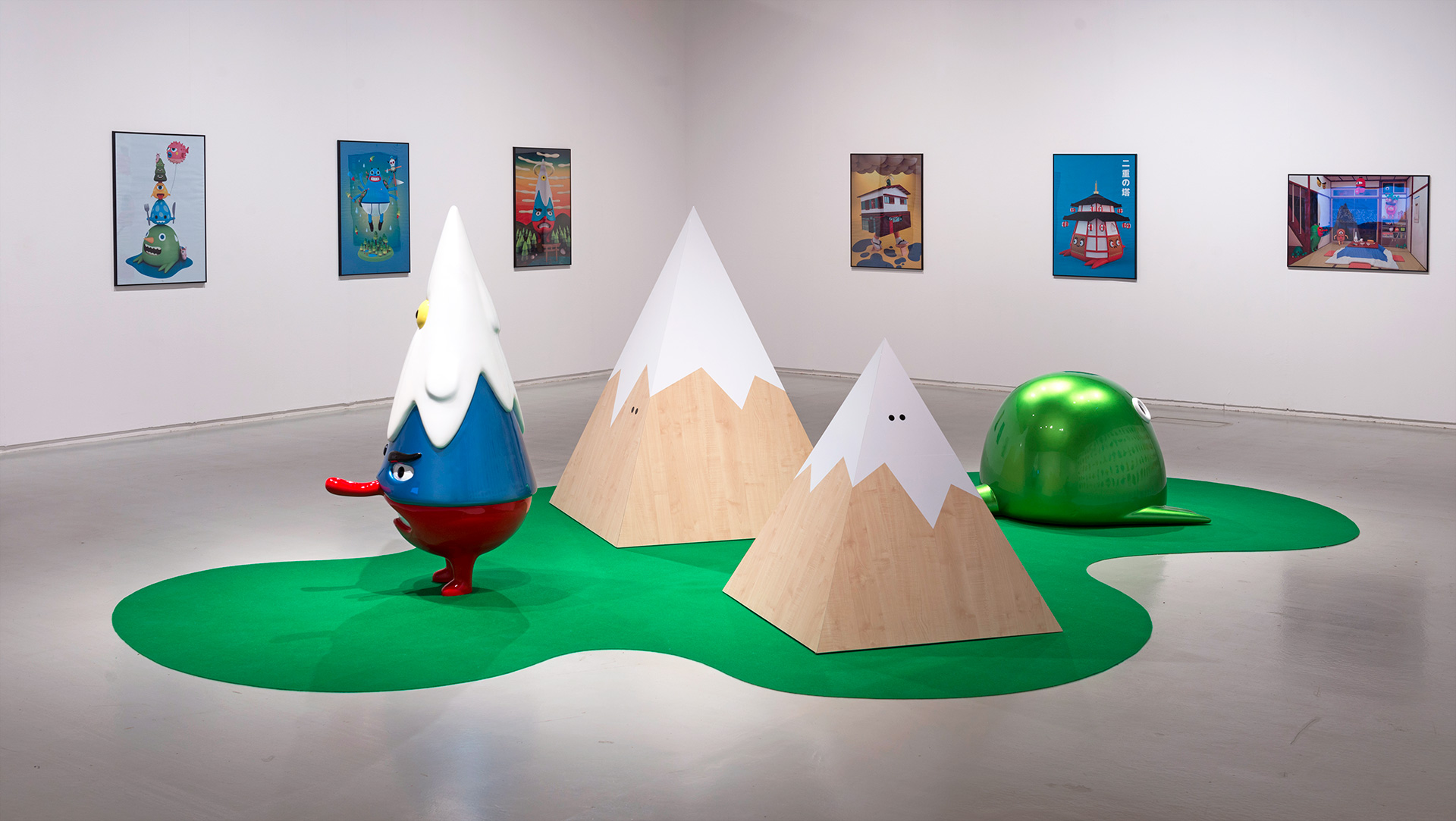 «Making friends» shows, as a diorama, the collection of characters that make up the imagination of Cesc Grané.

The fascination of the Catalan illustrator for the japanese culture and lifestyle led him to create his first 3D character 9 years ago, a mountain inspired by the iconography of Akira Toriyama in Dr. Slump. Throughout all this time, he has been gradually perfecting his digital modelling techniques in order to give shape to a whole family of characters and the backdrops they inhabit.

The author’s interest in this type of iconography led him on a journey around Asia in 2012, settling in Tokyo for a year and a half. The artist was thus able to make direct contact with all the sources which up until now were only accessible via Western stereotypes, allowing him to enrich his creative world.

The exhibition shows off all of these creations and, for the first time, some of them abandon the two-dimensional plane and enter the physical realm to coexist with visitors in the exhibition space. 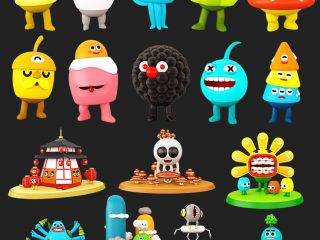 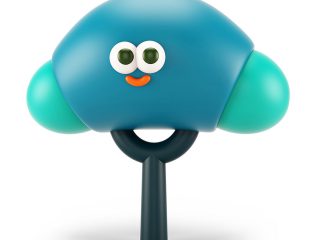